As an introduction to the peculiar world of Steampunk fiction, I suppose this is as good as any other offering.

There is one other matter which grates with me personally, and that is the overly worded narrative employed in the first person.

Would this book encourage me to read any more Steampunk stories? Decidedly no. Definitely not my cup of tea…

View all my reviews

Like Loading...
Douglas Adams has reincarnated and is living in Switzerland with wife and dog. Of course he has a new name these days. It’s Derek Haines.
Derek’s hero February Gregorian, or Feb to his friends has reluctantly been thrust into a position of power as the Supreme Potentate of the Twelve Suns Systems of Gloth which, to say the least, bewilders him. He soon finds that everyone around him within his court of advisors, The Grand Council, want to get rid of him to end his family (the Gregorians) long held grip as the rulers of the known universe from their seat of power on the home planet Gloth.
In his hilarious novel ‘February The Fifth’ Derek Haines takes up where Douglas Adams left off by creating a totally dysfunctional society inhabited by people like Snurd Humped, Purt Stringly, Lefroy Overload and many more equally preposterous characters. Derek has created a very funny and extremely easy read.

The Door to Oblivion | Angie′s DIARY

Like Loading...
When I turned twenty-two I finally sat my car driving license and bought my first car – a second hand bright red 1966 Morris Mini, 850cc – I had had my motorbike licence for quite a while. At about the same time I sat for and got my firearms licence. Before I move on, I should say that I had received excellent firearms training during my military service. But despite that training, youth and stupidity ruled.
That first weapon was a French Gevarme .22 calibre, semi-automatic rifle, perfect for shooting rabbits, hares, and especially possums. The Gevarme 22 semi-automatic is a gas recoil weapon with a fifteen shot magazine. Each time you pull the trigger, the gas generated by the explosive force of the round, automatically throws the firing mechanism back while expelling the spent shell casing and replacing it with a fresh round in the chamber. In other words, it fires as quickly as you can pull the trigger.
At the time I was working as a surveyor’s chainman, employed by the Lands and Survey Department’s Hamilton office. One of my fellow chainmen – Barry, shared my youthful and impossibly idealistic vision of ridding the countryside of those pesky unwanted Aussie imports – the possums. New Zealand is overrun with them. At last count their numbers exceeded sixty five million. They are slowly but surely destroying not only the young trees by chewing the new growth, but also the native bird population by eating the eggs.
Barry and I had decided on where we were going to do our bit to rid a tiny section of bush north of the west coast town of Kawhia, on the coast road to Raglan.
The mini ate up the miles with no difficulty; car, driver and passenger where in high spirits as we drew ever closer to our destination. Eventually we turned off the main gravel road and halted about a half hour from it, deep inside the coastal bush that still grew there. We knew we had to wait until dark before we began our hunt as the possum normally lies up during the hours of daylight, preferring to conduct its destructive rampage, especially regarding the nesting birds, at night when they are roosting. Armed with our rifles and a torch each, taped beneath the barrel, we began our ‘stalk’.
Barry and I between us put paid to more than twenty of the furry vermin before calling it a night, happy that it would be a while before more possums inhabited this precious piece of bush. Both of us were tired, but content as we headed back to the car for the journey home. Our lives were about to change as I unlocked the driver’s door.
Call it sheer stupidity – I did and still do to this day, but without thinking I dropped the rifle across the back seat of the Mini as I leaned over to open the passenger’s door for Barry. I heard him yelp in pain. The Gevarme was still loaded and the simple act of dropping it had caused it to fire off a round that went straight through the side panel of the Mini and into Barry’s knee.
I got him into the passenger’s seat and wrapped a towel around his thigh to act as a tourniquet. The drive back home was a one handed affair as I used my left hand to alternatively change gear and apply pressure to his knee. That little Mini positively flew as the miles between where the accident had happened and the A&E department of the Waikato Hospital slowly reduced.
When we finally arrived at the entrance to the A&E department, the last thing I remember was seeing Barry being wheeled inside. The next thing I knew, I was being offered a hot sweet cup of tea by a pretty young nurse. I had collapsed in the car park, overcome by the whole ordeal. Because of my stupidity, my friend had been wounded.
A few days after the incident, I went round to Barry’s home to apologise to his parents for what had happened. That was by far the hardest thing I had to do; to publically admit my stupidity and to place myself in their hands. Barry’s father did something I was not expecting. He shook my hand and said that by coming round to their home and apologising and admitting my stupidity, both he and his wife would take it no further. Barry had told them his side of things. All parties realised it was tragic mistake on my part. Quite frankly I got off lightly in my opinion. Despite the accident Barry and I remained friends.
Needless to say, within a few days I took the hacksaw to the Gevarme, chopping it up into tiny pieces, destroying it forever. Since that time I have owned many firearms – a Pedersoli replica Kentucky 45 calibre black powder rifle and a Ruger 3030 Winchester action carbine to name but two.
Never again would I ever leave a weapon loaded, nor would I treat them as casually as I did that terrible day when I shot my friend in the knee…

View all my reviews 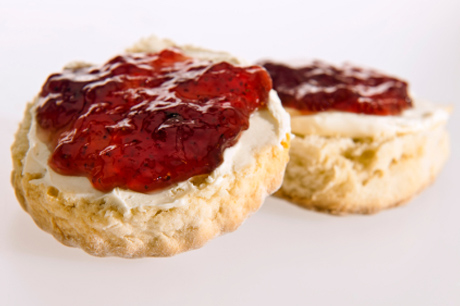 During your lifetime, inevitably there will be one being who touches your heart and makes your life whole. In my case it was, and still is in my memory, my black Labrador-cross Blackie.
I was in my twentieth year when, one day I was walking back home after spending my Saturday in town. As I headed for the bridge across the Waikato River which divides the New Zealand city of Hamilton from the eastern suburbs where I lived, a pair of large brown eyes surrounded by the silkiest black ears, supported by four huge paws, stared out of the pet shop window at me.
To say it was mutual love at first sight would be an understatement. Within five minutes I was carrying this inky black bundle of joy in my arms heading for home. I knew my father would not be impressed, but I didn’t care – mum would be.
Typically, Blackie like most animals bought from pet shops had worms and fleas. But once Mum and I had taken him to the vet he had a clean bill of health.
I still laugh when I think back to those early days in his life. At four months, Blackie had full developed adult paws, tail and ears. It would take him another year before he grew into his body. By his first birthday, even my father had reluctantly taken a shine to him; although the feeling was definitely not mutual. Blackie was a good judge of character…
During the day my best mate kept my mother company, laying at her feet with one eye open, just in case she decided to do some baking. More than once scones went missing from beneath the tea towel that covered them as they cooled. By this time mum was suffering from cancer and the chemo-therapy sessions. Bless her heart; she couldn’t for the life of her remember how many scones she had baked. But, despite the chemo, she knew she was not going crazy. So, between us, we came up with a plan to solve the case of the ‘missing scones’.
It was the following Saturday. Dad was at work, mum was in the kitchen making a fresh batch of scones, while I was hiding behind the door of the spare room that opened out to the kitchen. Mum opened the oven and placed the two trays of freshly baked scones on the table cloth, making sure to cover them with fresh tea towels before glancing my way, and with a knowing wink, retired to the living room.
I didn’t have long to wait before the ‘scone thief’ emerged. Blackie looked left, looked right and looked behind him to where mum sat in her favourite chair, seemingly concentrating on her knitting. The thief furtively padded forward and sat under the kitchen table. I stifled a laugh as I watched the scene unfold. Mum was doing the same thing from her chair; neither of us wanting to alert him.
As he stealthily stretched his head up, I saw his quivering black wet nose appear above the table top. His nostrils flared as he sucked in the fragrant odour of those freshly baked jam filled scones. Inevitably, temptation overcame him. Carefully, oh so carefully, our thief pulled the table cloth towards him until the tray containing the first batch of scones was within grabbing distance. Then with a deftness worthy of the best magician, he carefully pushed his nose beneath the tea towel and delicately grabbed the first scone he could between his teeth before rapidly disappearing down the hallway to hide beneath my bed to eat his prize.
Mum and I gave him two minutes before we followed him. I knelt down on one side of the bed with mum occupying the other side. Our thief was trapped.
The look on his young face when confronted by us was priceless. It was a look that said – “What, me?”
Needless to say, neither mum nor I said a word to my father, and as for Blackie? Well from that day onward there were no more missing scones. My best friend had been found out and knew he had got off lightly. If my father had found out, poor Blackie would have been consigned to his kennel outside in the cold, instead of under the eiderdown wrapped around my feet; snoring his head off and making my life hell with his flatulence.
Happiness is a warm well fed dog…

Stephen at his best. Mrs Fry’s Diary takes a completely left field view of a totally dysfunctional family with Stephen as the long suffering wife. With a husband also named Stephen, plus two kids who wear their ASBO’s with pride, is it any wonder Mrs Fry is slowly cracking up? I love Stephen’s dry wit and sense of humour. I hope you will to…

Excerpt from Mrs Fry’s Diary:
“May Day Bank Holiday. The kids love the Morris dancing. I can see them through the window, skipping gleefully round the traditional blazing Morris Minor.”