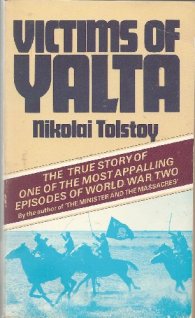 A Temporary time of Peace and Friendship

When I was a small child, I lived on a mixed arable and fruit farm, here in the English county of Suffolk. During the late nineteen forties and the beginning of the nineteen fifties, the number of farm workers were swelled by a few POW’s, mostly Italians.

The one whose memory still haunts me to this day was the other POW, the huge Russian who scared the pants off of the Italians, the two local farm workers, the pig man and my father, the farm foreman.

While I can no longer see his face, the most enduring memory I have of him is the incredible gentleness he showed to me and the other kids on the farm. While he terrified the men, he had a soft spot for our filthy urchin like faces poking out from beneath our many layers of winter clothing and wellington boots. I firmly believe he looked on us as his surrogate children, desperately missing his own family.

When you are a small child, any tall thickset adult looks like a giant in your eyes. That is the way we all saw him. He was our very own friendly Russian giant.

Even though neither party spoke the same language, we didn’t need it. He laughed at our antics as we played happily around him in the dirt while he toiled in the fields. And on occasion when he broke into song, which wasn’t very often, we all sat totally spellbound as the exquisitely beautiful sound of a bass baritone voice singing a Cossack song filled the Suffolk country air.

Tolstoy’s book “Victims of Yalta” is a highly detailed account about what happened to the men like him and the Cossack nations who fought against communism.

When the German army steamrollered its way east to attack Stalin’s Russia, the Cossacks volunteered their services. In short they chose the wrong side in the war, but for the right reason, at least in their eyes. Between them they had a common enemy in the Communists. On the part of the White Russian Cossacks, they had never forgiven the brutal murder of their beloved Tsar and the Russian Imperial family, while for the Germans; the thought of bolshevism turned their stomachs.

It wasn’t until maybe thirty years ago that I thought of him again. It happened when I first read Nikolai Tolstoy’s heart rending expose about the White Russian Cossacks and what happened to them after the Second World War ended. It is a story of political decisions made without the least concern for those it directly affected – in this case the Cossacks who fought for the German army and their families.

Thanks to a cowardly decision by one British politician to forcibly repatriating the entire White Russian Cossack nation, bloody murder was done. Innocents were machine-gunned alongside their men folk as soon as they crossed the border by members of the NKVD, the forerunner of the KGB. I won’t name that particular politician here firstly because members of his family are still with us, and secondly to even think about him turns my stomach. You can find out for yourself who he was when you read Nikolai Tolstoy’s powerful book “Victim’s of Yalta”.

I give “Victims of Yalta” five stars, and, I will always carry the memory of our gentle Russian giant with me till the end of my days…