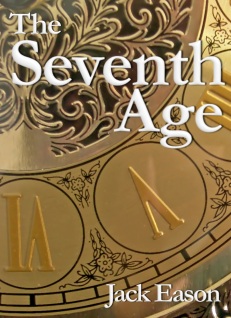 Can anyone offer a plausible explanation why it is that books which their authors don’t rate do so well?
Both myself, and my good friend and fellow writer Derek Haines, are perplexed to say the least by this conundrum. Both of us have a book that is selling well. Yet in each case, neither of us actually likes the book in question. Derek and I both puzzled over this the other night. Neither of us could come up with one good reason why the books in question were doing so well.
The other thing which totally baffles us is exactly where the books are selling the most copies. In Derek’s case, his book is selling well in the US, while mine is selling the most copies here in the UK.
What is it about these two books that completely grabs the public’s attention and imagination? Which two books am I on about? In Derek’s case it is his Vandalism of Words. In my own, it is The Seventh Age.