Since Ernest Hemingway got his break when the enlightened owner of a small book shop published his first work, the concept of independent writing as opposed to the preferred method of the large publishing houses the (contract or book deal) has always been with us, as has self-publishing which has been around forever. Don’t for one minute confuse self-publishing with vanity press. The two are complete opposites. Self-publishing literally means what it implies. You publish your book using one of the many platforms currently available like Amazon’s Kindle Direct Publishing or Smashwords, to name just two of the many currently available.

The term Indie, used when talking about self-publishing, is only its latest identity in the twenty-first century. There is absolutely no doubt that Amazon and Smashwords freed up what had previously been the jealously guarded exclusive territory of the major publishing houses, their gate-keepers, editors and literary agents. And guess what, they hate the fact that novels they would not have even considered are now out there in the various eBook forms and paperback thanks to Amazon’s KDP and Creatspace, Smashwords and many others.

Over the many decades since Hemingway began, how many worthwhile novels hadn’t been published simply because an editor didn’t like it? I suspect that the figure runs into the thousands. He or she is only one man or woman with one opinion after all. The time is long past when your manuscript, the product of all those hundreds, possibly thousands of hours you spent writing and agonising over it was simply dismissed at the first hurdle – the literary agent. Or if he or she thought you might just have a story worth reading, they would offer it to an editor who might deign to look at it always providing it was to his or her taste. Unfortunately for many writers who believe that the publishing houses are the only way, their manuscripts will inevitably wind up in an editor’s wastepaper basket, or won’t even get looked at.

Its not just you. Take a look at the number of times well known writer’s famous works were rejected by sniffy opinionated editors. J.R.R Tolkien’s The Hobbit immediately springs to mind. And he was a professor of English for goodness sake!

There was a time when having been accepted into the fold by the publisher they undertook to print and promote your book. These days the publishers save money by insisting you the writer do all of the promoting and still find time to write that next contracted novel as well as attend the book signings.

Why writers still cling desperately to the deluded notion that they are better off as part of a publishing house’s stable simply boggles the mind. Whether it is one of the big six houses or one of the dozens of often cash-strapped small press, the thing is that you wrote the book and apart from having it ‘professionally edited’ and hopefully not changed too much by the editor, then printed, it’s all down to you to make your book stand out among the millions of books currently available. Plus don’t forget your book may not appear when you would like it to because of publishing schedules. Most publishers, especially small press, have a finite number of books they put out each year.

So there you have it in a nutshell. Why self publish? I should have thought it’s glaringly obvious…

It should have happened when the crash happened! 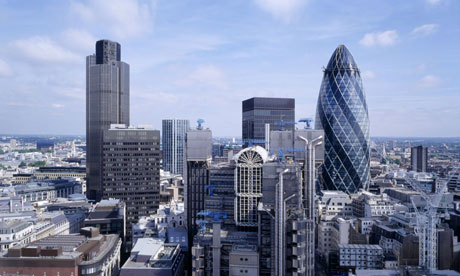 Well folks, it’s been a long time coming, but at last we have a sensible suggestion about what to do with dodgy bankers. Here’s what, and why it’s important.

What did you do before television dad? How many of you have been asked this question by the younger generations? Here’s what I’ve done all my life, and still do. I listen to the world via short wave radio.

I started when I was a highly inquisitive seven year old using the family radio.

The tuning was so hit and miss on these old sets that if you sneezed or coughed while you were carefully moving the tuning knob a millimetre at a time while daring not to breath, you could lose the station you had been trying to tune in altogether.

If your father loved short wave like you, and was any good with his hands, he would have made a long wire aerial

out of bare copper wire and a couple of insulators, the longer, the better, and suspended it between the house and a tree in your garden with a wire back to the house which he had then connected to the old radio’s aerial socket. Or if he was feeling a bit more adventurous, he may even have constructed a dipole.

All aerials have their shortcomings. I’ve tried out dozens of designs over the years.

Probably one of the more successful is the Loop. This is an aerial that could have been designed by Heath Robinson. It’s so darned easy to make. Simply construct a cross out of plywood, with each arm the same length – two foot is about right. Mount it on a sturdy base so that it can swivel, or use a hook as in the illustration. Then begin winding wire around it so you end up with what looks like anywhere between nine to twelve loops. Secure the ends of the looped wire to two terminals. Then all you have to do is connect it to the aerial socket on your radio. The beauty of this super simple design is that you can tune it simply by turning the whole construction to get the maximum signal gain, unlike the long wire or the dipole.

My latest shortwave radio is the Sangean ATS 909.

I bought it over a decade ago.

Probably the best set I ever owned was the Yaesu Musen FRG7. Unlike the Sangean with its telescopic aerial, it isn’t portable. I see that Sangean have now brought out the ATS909X to supersede my old one. Will I be buying it? Only time will tell…

To someone of my generation, there is still something exotic about listening to radio broadcasts from other countries. Without a television screen before you, the mind takes over. You find yourself imagining what the people broadcasting may look like. You pick up clues about them from their unconscious speech inflections. If I was to suddenly go blind tomorrow I wouldn’t really miss the television. After all, I was born at a time when radio was still king. Listening to plays, comedy half-hours like the Goons and panel shows like Animal Vegetable and Mineral, or What’s My Line was what we did back in the fifties. Then when dad had gone to bed it was my time to listen to the world via shortwave until I fell asleep.

While it is abundantly clear to anyone in the industry that Goodreads has finally become a cesspool of corruption and lies as well as a haven for a tiny minority of mentally unbalanced individuals, is there anyone within the site’s hierarchy brave enough to stop the rot? How much longer will it be before the writers of the books for which the site was initially set up to introduce their work to the millions of genuine readers, close their accounts?

When will the management of the site finally realise that the vast majority of one star reviews written by their pet trolls actually do no harm at all when it comes to sales? When will they also realise that by deleting genuine reviews by real readers, all they are doing is actively discouraging those same readers from bothering with their site as another source for finding books in the future?

While the current FBI led investigation into the charges of cyber bullying by certain individuals on Goodreads slowly gathers momentum, how long will it be before Goodreads’ parent company Amazon cuts its losses and rapidly disassociates itself from its wayward offspring? Come to that, how long will it be before Amazon cleans its own house, ridding itself of its connection with, and encouragement of, those self-same trolls who migrated to Goodreads?

What is currently happening within Goodreads and Amazon regarding the cyber bullying and stalking of authors, along with the current totally nonsensical practice of eliminating genuine four and five star reviews, needs to become widely known. What is happening must to be brought to the attention of all major newspapers and leading publications like Time magazine. It certainly needs to be aired on all the major television channels news slots. Unless or until this happens, it will only be seen as a spat between writers, Goodreads, Amazon and their trolls. While as writers we all moan and groan among ourselves, the outside world is oblivious to what is going on.

To anyone reading this that has a connection to the news media in the USA and in the UK, please spread the word. After all, the news media are quick to condemn those individuals who hack people’s phones or cyber stalk and bully. Is what is currently happening to writers on book sites like Goodreads and Amazon any different? There must be at least one inquisitive reporter out there with the nose for a good story, and more importantly, with the balls to investigate and expose the current underhand practices of Goodreads and Amazon.

You have seen the title of this post. It should also be subtitled “Will commonsense and common decency ever become the industry standard?”

Its so simple. Write books that ordinary people want to read. Here are four of mine, which despite the worst efforts of the trolls on Goodreads and Amazon to turn people against them, just keep on selling. It shows you that the vast majority of book lovers take no notice whatsoever of the trolls and their poisonous ways…

To get your own Kindle copy, simply click on whichever cover peaks your curiosity to go to Amazon.com.