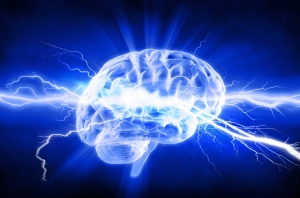 Or, the confessions of an obsessed writer

Back in the late nineties I was happy, and I thought secure. I had begun dabbling with writing in nineteen-ninety five. I worked in the same job at the University of Waikato in the city of Hamilton in New Zealand’s North Island for almost a quarter of a century, naively believing I had a job for life. And then things started to go wrong. All these years later I realize now that events in my life were conspiring against me, and that I was heading for some kind of breakdown.

First of all, my old departmental boss bowed out and a much younger academic was placed in charge. The more I had to do with him, the less I liked him. It got to the point where in late nineteen ninety-nine, in a fit of pique I finally handed in my notice, not knowing or caring what I would do for a job. I just had to get out of there before I either said or did something I might have regretted. Madness in the form of pent up frustration and anger had crept into my existence. Anyone who really knows me will tell you that what I did was completely out of character.

I didn’t just quit my job, I also quit the country I love the most. I had no close family anymore. Both my parents were dead. I had no siblings. I was single. And so in 2000 at the age of fifty-two I left New Zealand for good, heading back here to the land of my birth – England. For two years the only work I could get was as a labourer on a building site; a tough existence when you consider I had been in a sedentary job for twenty-one days shy of a quarter of a century. In 2002 I took a much needed break and spent a glorious month in magical Malta. But like all good things the holiday soon ended and I returned to the building sites. I continued to put up with not knowing where I was going to be sent each week until the following year. By now I had become totally obsessed with writing. To my way of thinking, working for a living simply got in the way.

I had a storyline totally occupying my mind. I could think of nothing else. So having renewed my passport and my New Zealand resident’s permit, I headed back there. I’m ashamed to say I foisted myself on my good friend and his wife for far longer than I should have. But that damned story now ruled my every waking moment. Over the several months I stayed with them my first published science fiction novel Onet’s Tale slowly took shape. It would not be published until 2010.

Saying goodbye to my friends and New Zealand once more, I flew back here. Now things really hit an all-time low. With no job and no income my prospects were dire to say the least. For a while I was truly homeless, sleeping rough. I was directed to a hostel where at least I had a roof over my head. I stayed there for two years until I was finally re-housed. In the meantime I was diagnosed as having suffered a total mental breakdown. Combine that with my age and I was officially unemployable.

The route I had taken was hardly a desirable one and definitely not to be recommended, but at long last I could concentrate all of my time on writing. Since parting with the small press who took me on to self-publish, I now enjoy a modicum of success. So far I have one best seller and three others which sell steadily. One of those three Turning Point was the precursor to Onet’s Tale. Sadly the latter is no longer available even though it can still be seen in the list of books written by me on Amazon. Since retiring all that angst and misery has finally left me. I’m currently working on my latest novel. Its slowly but surely coming together.

Having a complete mental breakdown is not a prerequisite to become a fulltime writer. But in my case it certainly helped…