You may have seen Jack Eason around my blog, leaving comments here and there. He just published his latest book, Cataclysm, and I wanted to share the good news!

The book is available on Amazon.

For hundreds of years history books went unchallenged and all religious beliefs were considered to be inviolable, never to be questioned, until the era of the Teleportation Gate.

Consider what would occur if the origins of mankind, together with many of the preconceptions we hold dear concerning religion, were proven to be false. How would you react? At the end of the twenty-first century, time travel became a reality. Humanity was about to get an unwelcome wakeup call. Nothing is every straight forward…

Who is Jack Eason? 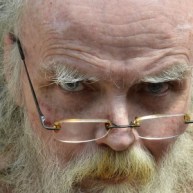 Jack Eason lived in New Zealand for forty-two years until 2000 when he returned to his birthplace in England, aged fifty-five. As far as he…