What do you think constitutes fantasy?

If, like most of today’s younger generation, you blindly accept without question what the film and television industries insist is the case, then you need look no further than the US series Game of Thrones or the UK series Merlin.

I’m sorry to disillusion everyone, but television and films did not invent fantasy. It was books that first made it popular. There is so much more to the genre than either of the above, dare I say it, boring examples. While undeniably they look spectacular on our television screens, wouldn’t you far rather conjure up your own visions in your mind? In other words, use your imagination. Give it a try. You never know, you may find that picturing each scene from a book is far more satisfying than merely vegging out in front of your television sets to look at pretty pictures.

Back before television and film killed off the urge to read among the young, destroying their attention span, books like Lewis Carroll’s Alice’s Adventure in Wonderland, written in 1865, first brought the genre to the attention of the public. In the twentieth century writers like C.S Lewis and J.R.R Tolkien, to name but two, gave us wonderful escapist fantasy tales like The Chronicles of Narnia, The Hobbit, The Lord of the Rings, The Silmarillion and many more.

These days you are hard put to find any pure fantasy books like the above titles. But don’t despair, all is not lost. I know of at least one. I give you Globular Van der Graff’s Goblin Tales, an anthology of thirty related short stories. Click on the highlighted title above to purchase your copy. Then prepare yourselves to be magically transported into a true fantasy world. 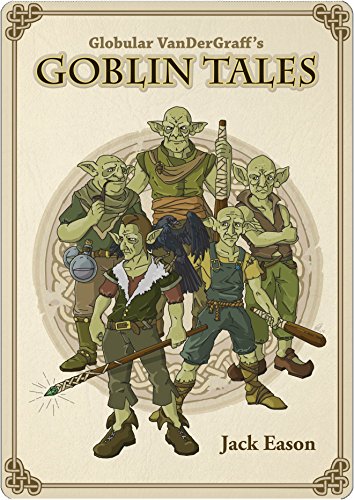 If you don’t live in the US, you can find it at the Amazon outlet near you. It’s also available in paperback.

34 thoughts on “A question for you all…”