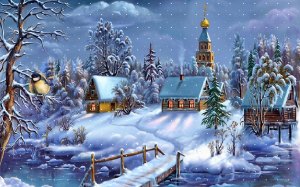 I’ve just spent approximately half an hour on Kindle Direct Publishing and Creatspace, both Amazon subsidiaries, playing what amounts to silly beggars. Or at least that’s the way I look upon the fact that every ninety days or so, both entities ask all contributing writers to reassert who we are, and in my case, that I am not an American citizen. Who the hell else would we be but ourselves? How many times must we endure this time wasting nonsense from these moronic idiots?

It was a little different from the normal pain in the arse check and verify nonsense this time. Because the EU has decided to tax a book’s sale in the country of the buyer, I was required to add my Income Tax number to all of the other personal information Amazon deems necessary. Thanks to the gnomes in charge in Brussells, like many other writers, I fully expect my EU sales to decrease even further than they already are. After all, why would anyone want to pay an inflated price for an eBook or paperback just to enable the EU to gain an unearned profit? The whole affair is total nonsense! Well in my case they won’t make enough for a biscuit, let alone a Latte.

What’s the betting that when the EU realises that the majority of my sales are in the US, Australia, South Africa, New Zealand, Japan, India and New Zealand, all non EU countries, that they demand tax from those countries?

Good luck trying that one gnomes. I don’t fancy your chances…

It’s funny the things you miss. Over half a lifetime ago when I was still living in New Zealand, I used to love hunting a Captain Cooker pig like the one pictured above once a year, or the odd feral goat.

I owned three firearms. The first, and my favourite, was my 45 calibre Pedersoli, Flintlock action, Kentucky Long Rifle.

It was the perfect tool to dispatch a Captain Cooker, because unlike a modern rifle, the undergrowth of the New Zealand bush muffles the sound of a shot fired from a black powder weapon. Providing I got to within one hundred yards of the pig, and managed to get myself behind, and slightly to one side of the beast, to aim just behind the ear, the rifle’s lead ball did it’s duty quickly and efficiently. Anywhere else and all you would do is wound the animal. Trust me when I say that you do not want to be charged by an angry, wounded Captain Cooker!

Even when I went after a goat, while I sometimes took my Ruger Winchester Action 30-30, or my Ruger Bolt Action .270, I still preferred the flintlock. Unlike a modern rifle, you only have time to load and fire one shot, so you must make it count. By the time you have reloaded, any animals still in the area will be long gone. With the Kentucky it won’t be the sound of it being fired that makes them take flight, but the thick sulphurous cloud of smoke.

I really miss the taste of roast wild pig, and barbecued goat haunch. Mind you, I miss being the age I was back then, not to mention being as fit as a buck rat. I needed to be. Even skinned, boned and butchered, there is a hell of a lot of meat on a pig that size. Which is why you only kill what you can carry on your back.

Merry Christmas one and all…

If you write, you must read!!!

It’s coming up to that special time of the year all writers love: Bookmas. Yes, if you’re anything like me then the Christmas holidays are a book bonanza, either because you receive books as presents or – my particular favourite – you receive gift tokens so you can buy the books you’ve been wanting to read all year.

But for writers, reading isn’t just a chance to relax and enjoy ourselves, it’s also an ideal opportunity to brush up on your craft, so here are my top reading tips for authors.

Once upon a time the entire world felt sorry for the brutal genocide committed against Europe’s Jews by the Nazis. Now they are doing exactly the same thing to the Gazans, justifying this act of barbarism by saying they are protecting all Israelis from Arab aggression. I’m sorry Israel, but what you are doing is a war crime by anyone’s definition of the word…

Ramblings from a Writer's Mind

There are many great quotations and notations floating out there in the fast lane of the internet highway, below are just a few of those which connect with me. You will note they have all been written by great writers. I hope you enjoy them as much as I.

Books are the quietest and most constant of friends; they are the most accessible and wisest of counsellors, and the most patient of teachers.

The art of reading is in great part that of acquiring a better understanding of life from one’s encounter with it in a book.

In the twenty-first century, everyone writes, to some degree.  The ability to sequence words on a page is a…

I do wish you would stop fiddling with things that work well. It is extremely annoying! Who thought it would be a good idea to change the stats page, when the original is just fine for us grownups who use a desk or laptop? 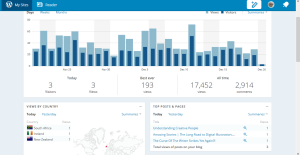 I can understand that you needed to break up the page into bite sized chunks to easily be seen on a smartphone and a tablet. But as I don’t use either of the aforementioned, when I go to my stats page, by default I should be seeing the original stats page pictured above, not the kiddie’s version! Having to go all the way down to the bottom of the new stats page to find the button labelled “Visit the old stats page” each time is a right royal pain in the backside! I don’t want to merely visit it WordPress, I want it to be the default stats page!!!

One other thing WordPress, change for change sake is never a good idea. If something like the original stats page works (and it does), leave it alone!!!

Have a merry christmas,

Have We Had Help?
Create a free website or blog at WordPress.com.