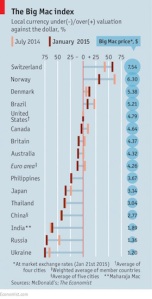 I’m with Derek on this one. Fast food is too expensive for what you get. It would be far more beneficial to you from a nutritional standpoint if you discarded the thing pretending to be food in the guise of two halves of a bread bun surrounding plastic cheese and a highly questionable meat product of dubious origin, and simply ate the cardboard box your fast food comes in. If lovers of this kind of product simply followed my advice, they would very soon get their svelte figures back, instead of looking like bloated Hippopotami!!!

Read What He has To Say Here

The WordPress.com stats helper monkeys prepared a 2015 annual report for this blog.

The concert hall at the Sydney Opera House holds 2,700 people. This blog was viewed about 16,000 times in 2015. If it were a concert at Sydney Opera House, it would take about 6 sold-out performances for that many people to see it.

If you decided that to become famous, all you have to do is write a book, you are totally deluded. The road to fame and fortune is littered with the corpses of idiots like you who thought along exactly the same lines in the past…

Read here and find out why 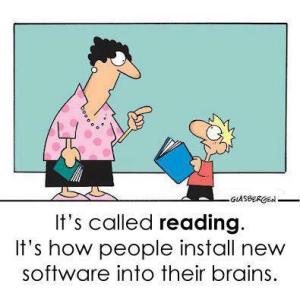 Whether we like it or not, society in general is seriously dumbing down since it abandoned the pleasures of learning by reading a book, in favour of owning the next must have piece of techology. We are now in the age of visual rather than cerebral stimulation…

Comparing the price of either a paperback or a hardback with the ebook has never made any kind of sense to me, and yet people somehow or other equate product quality with how much money the product is being offered at. Some people, particularly my own (the English), still turn their noses up at the ebook version of any book, believing that because its being offered in a cheap form popular in America, that it must be an inferior product. Yes you heard me right folks. I live in ‘the’ land of literary snobs!!!!

The ebook is just the latest and by far the cheapest, most convenient way of buying a book there is to be had at the moment, allowing more and more people to read a book of their choice on their phone while commuting to and from work every day.

Here’s something else for all the penny-pinching dumbasses out there to think about  –  if you didn’t like the book, what have you lost?  Damned all! Especially when you probably got a free copy of the ebook in a promotion. Either that or maybe you spent no more than $2.99. Whatever the case may be, wake up to yourselves and stop being so damnably snobbish about ebooks. Embrace them, they’re here to stay whether you like it or not!!!!

Now the real reasons for those price differences 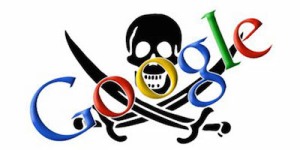 Have you been stupid enough to submit your books to Google Play Books, hoping for sales? More fool you!!!

Sorry its only your’s truly, not Father Christmas

Most things in life that we’re told are important, aren’t, especially if you are a writer. The only thing that really matters, is writing that next story…

While you are all opening your Christmas presents and overstuffing yourselves today, think of me still hard at it, working on my latest work in progress,

which I promised will be published next year, with my customary cigarette in one corner of my mouth and a glass of my favourite brand of English Bitter and a Christmas mince pie close at hand.

In return there is something that each and every one of you, my blog’s faithful four hundred and eighty-four followers could do for me. Were you to first of all click on the Amazon link appropriate to you in the following list, why not purchase a copy of just one of my books already available to you. You would be giving this hard working writer the best Christmas present ever… 😉

Merry Christmas to you all

For those of you living in the US you can find my books at: USA

If you live in the UK, you can find my books here: UK

If you live in the Netherlands, you can find my books here: Netherlands

If you live in Germany, you can find my books here: Germany

If you live in France, you can find my books here: France

If you live in Spain, you can find my books here: Spain

If you live in Italy, you can find my books here: Italy

If you live in Japan, you can find my books here: Japan

If you live in India, you can find my books here: India

If you live in Canada, you can find my books here: Canada

If you live in Brazil, you can find my books here: Brazil

If you live in Mexico, you can find my books here: Mexico

If you live in Australia, you can find my books here: Australia

More good advice, always providing of course that you are prepared to follow it!

Our Lucy does it again folks. Sit while she recounts a tale of Old College 🙂

Here is a classic PorterGirl post, read for you by my good self.

Thank you all so much for sharing the highs and lows of 2015 with me, Old College just wouldn’t be the same without you. This has been a special year for me as it has not only seen the publication of my first book, Secret Diary Of PorterGirl, but I am pleased to announce that I have just signed a three book publishing deal which means that the saga can continue unabated! None of this would have been possible without the amazing support that this blog has received and I love each and every one of you (some rather too much, it must be said. Ahem.)

I shall be back in the New Year to continue the epic tale of The Un:Fairer Sex. 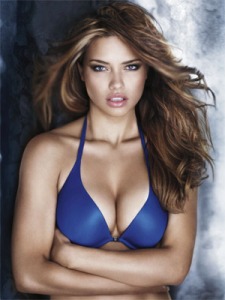 Ok, so does this stunningly beautiful young woman meet with your approval? She does? Good, now that I have your complete and undivided attention, lets get on with what I want to talk about today.

In other words, how I go about writing the many intimate moments between the principal characters in my current work in progress, the drop dead gorgeous artificial intelligence Céleste, (In case you hadn’t noticed, that’s her in my blog’s header above this post) and the human she loves, David O’Leary.

Suggestion is always the key to writing any and all scenes of a sexual nature, never full on description.

In the first draft of any such scene, I start by spelling it out, leaving absolutely nothing whatsoever to the imagination, merely to get the scene firmly fixed in my mind. Then by taking the sentences one at a time as I go back over what I initially wrote, by carefully choosing my words I rewrite each one until they still say what I originally intended, but purely by suggestion or allusion. That way I leave it entirely up to the fertile imagination of the reader to fill in the blanks for themselves.

In other words, unless you have been living in a cave, cut off from the rest of humanity for your entire life, you will know exactly what is happening in the particular scene without my having to spell it out for you.

The art of suggestion is not a difficult technique to master, providing you are prepared to think about how you want the scene to finally end up looking on the page. In other words, take your time to ensure that the reader will totally ‘get’ what you are saying without being embarrassed or disgusted by what they have just read.

Not too many years ago, the way I’m currently writing the love scenes between Céleste and David would definitely have enraged some narrow minded individuals, while the romance lovers back then would simply enjoy them for what they are.

Well I’d better get on with the next scene in the chapter I’m currently writing, now that I’ve finally cooled down after completing their latest steamy moment together. Hopefully by now Céleste and David will also have done the same thing – cool down I mean. But knowing the pair of them as I do, I’m betting they haven’t… 🙂

That’s it for now folks. More later if your good,