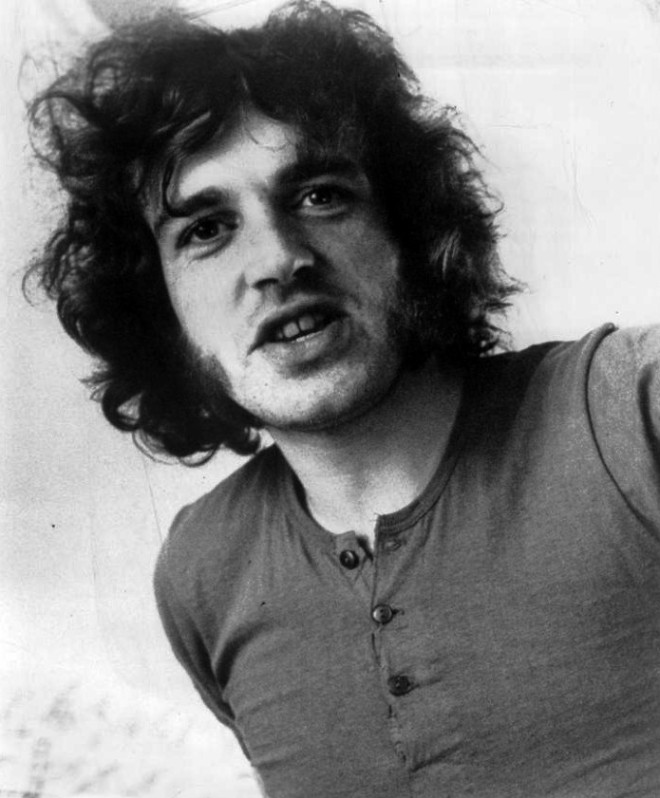 John Robert “Joe” Cocker OBE (20 May 1944 – 22 December 2014) was and always will be one of the giants of the 20th century music industry as far as I’m concerned. Right from the time when he sang at Woodstock, I followed him. Joe was the most unlikely looking rock star with his barrel chest, plus the way he played air guitar in his signature frantic way.

But once he opened his mouth and that magical gravely voice hit you – that was it. Like me you were hooked. “With a little help from my friends” was Joe’s anthem.

…I like this version with Brian May on guitar and Phil Collins on drums at Queen’s Golden Jubilee concert? 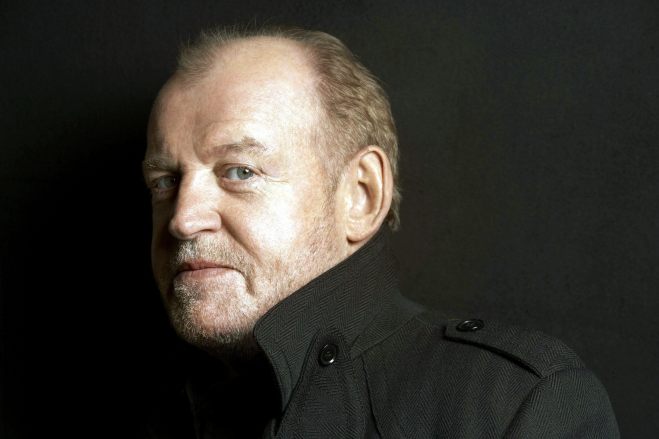 RIP Joe. I miss you brother… 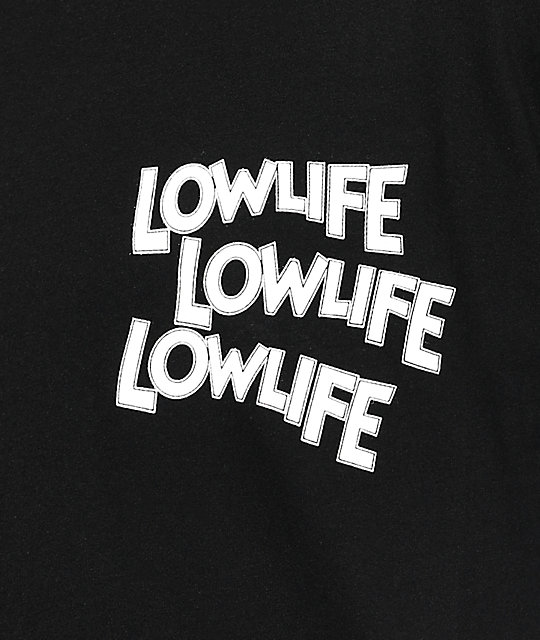 … from a plethora of totally disenchanted, bitter and twisted former writers with no staying power!!!

Sooner or later once published, every writer will automatically become the target of hate and envy. Both traits manifest themselves in one, two and some three star reviews. Usually they are written by Trolls lurking among the general public, some are written by deeply envious writers. Both types usually hide behind pseudonyms.

What the latter of the two groups conveniently forget is that the writing community is a small place. Sooner or later one or other of us will recognise a particular miscreant by his, or her, unique scathing attacks. This is the moment when it is incumbent upon us to expose them to the rest of our community!

I won’t mention any names here – many of you will already know who I’m talking about,  but a few months ago I managed to dissuade a fellow writer living in South Eastern Europe, who I considered to be a friend at the time from posting his review for my extremely short historical novella Autumn 1066 earlier this year. Given that he rubbished one of my other books, based on one particular descriptive scene in it, I should have refrained from asking him to read and review another one of mine! But, I only ever see the good in others. A weakness on my part…

Why he said what he did I can only put down to envy or a brain storm. As I still follow him on Facebook, even if we don’t talk anymore, I noted recently that he had been offered the senior editor’s position for a publisher in his own country. In my experience it’s always better to keep an eye on this kind of individual, or to put it another way – forewarned is forearmed! Here’s hoping that from now on he will put his mind to doing good. If he trashes every manuscript crossing his desk, I can’t see him holding onto the position for very long.

It’s not exactly rocket science folks – If you have nothing good to say about any given work of literature – say nothing! Better that than announcing to the world that you are a fool!!!

It’s December 24th. A time of peace and goodwill, even towards individuals like him.

A message from the lovely Jo 😉

It’s hard not to worry when you have something to worry about. There’s always something to worry about. One thing that life will prove over and over again is that things don’t always turn out the way we would want them to. Often things will happen that turn our lives upside down and leave us feeling inside out. Things lurk on our horizons ominously. We look at possible future scenarios when something “not good or normal” starts to happen, and generally what we will immediately latch onto is the worst possible outcome. Then we worry about it. It doesn’t matter how many times we try and focus on possible great results, those little negative thoughts grow hugely regardless of how small they are when they first enter our thoughts.

It then amazes us how right we were. We tell people how we saw the whole thing coming. We knew that… 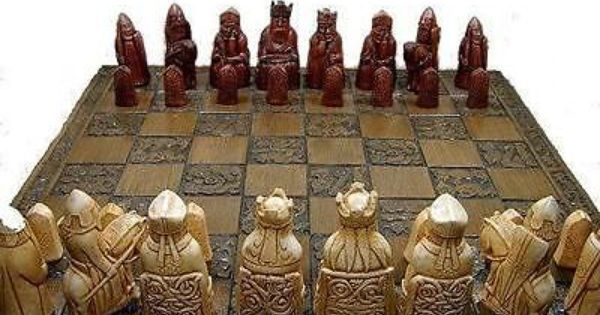 After I first read about the original sets of Ivory chess pieces found in the vicinity of Uig on the Isle of Lewis sometime around 1831, I’ve lusted after a full-sized set of my own.

With the worldwide ban on collecting Ivory thanks to the CITES convention, the only sets available are made from resin like mine pictured above, or maybe cattle bone. Although I’ve yet to hear of any in the latter medium…

The main difference between this set and others is that the pawns look like grave markers and the queen is decidedly masculine. The pieces are massive in comparison to traditional chess sets. Take the King for instance. He measures in at 2 inches wide by 1and a 1/4 inches deep by 3 and a 1/2 inches tall. As a consequence I’ve had to order a much bigger chess board – 19″ made from Mahogany and Sycamore to accommodate them. It’s scheduled to arrive later today (Friday 22nd December 2017).

To be any good at chess you need to have a tactical mind, something I’ve never had. Which is probably why I’m so hopeless at the game. Years ago I taught my mother all of the moves. Never once did I win against her. She was ruthless. She never went easy on me. Had she lived I suspect she would have reduced the Chess Grand Master Garry Kasperov to tears. Having said all that, it doesn’t really matter, I still love the game and my new replica Isle of Lewis chess set.

Writing this brought back a childhood memory. I forget how old I was at the time (probably eight or nine), but I do remember stealing a brand new stick of white chalk from the teacher’s desk. Thankfully I got it back home in one piece. For several nights using a modelling knife I slowly transformed it into a Viking warrior, complete with his axe and shield. I was so proud of it, even if it didn’t last long. From memory his head fell off…

Merry Christmas from this old scribbler, and a happy New Year to you all.

More from our Sally 😉 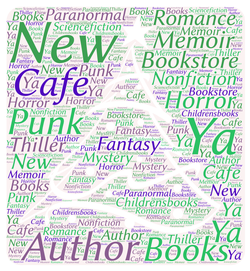 As part of promoting books for Christmas, I thought that I would share some my book reviews from 2017 that I featured on the blog. These are books that I can recommend personally and I hope that if you have not read the work of these authors you will head over and check them out.

I have not read nearly enough books this year and I still have some reviews to write that will appear after Christmas. My intention in 2018 is to maintain book and author promotions but also ring fence some time for my own writing and reading. I will be featuring one review a week which is my target of 52 books reviewed for next year.

Anyway I do hope you enjoy my personal selection over the next two days.

My reviews and recommendations for Christmas Part One.

No More Mulberries by Mary Smith was a treat…

Some thoughts from Pete 😉

Following on from my recent post about excellent film adaptations, I come to the opposite. We all have books we have loved to read, and perhaps treasured over the years too. Very often, it might seem impossible to bring them to the screen, as their plots are too complex, and the characters too many. Then one day, we hear that a film is going to be made, and we hope that it will do the book justice, even though we cannot imagine it on screen.

The trip to the cinema, or opening the DVD package, is filled with trepidation. We have our own idea of how it should be filmed, and many of us have put imagined faces to characters we found fascinating. Can that fantasy landscape ever be fully realised on film? Will the cast have the acting ability to get that horror across, or gain the sympathy of… 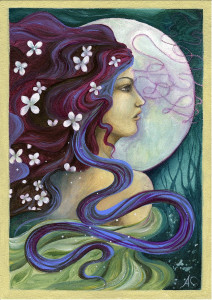 For those of us who worship at the feet of the goddess Creativity, we willingly give ourselves over to her. In our bid to placate her, we sacrifice everything else which to most people seems essential like a normal life, if we are at all serious about what we do, or should that read obsessive about what we do. Why? Because she demands it – simply as that, nothing more, nothing less!
Most, she ignores – be thankful that you are one of the large majority of humanity she simply passes by you lucky people. But for those of us who are gripped with a strong desire to create something for others to enjoy like a book, short story, film, photograph, poetry, sculpture or painting, once Creativity has seized us by the throat, we are hers to command forever more.
Creativity doesn’t give a damn about what passes for normal…