More advice from yours truly, drawn from almost a quarter of a century writing…

…when writing becomes a vocation and not just an enjoyable hobby!

While I admire anyone who loves to express themselves through their writing, there comes a time when we all have to choose between continuing with what to us is an enjoyable hobby, and taking it up as a full time vocation. Please note that I did say vocation and not occupation. There is a marked difference…

It takes an awful amount of guts and determination on your part to take that giant leap into the uncertain world of literature, often for little monetary gain let alone plaudits for your work from the reading public and your peers. Apart from anything else you can expect to endure a lot of heartache, angst and sleepless nights as I can personally vouch for from my own experience gleaned over the past twenty-four years as a relatively successful published Indie author. 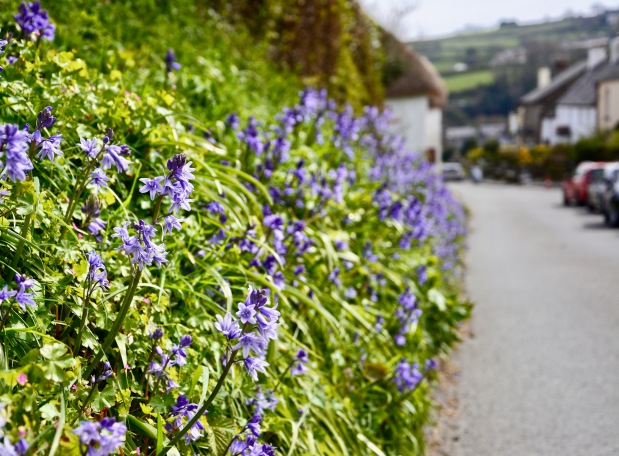 I have some friends – yes, all too few, I know – who used to own the once-wonderful and eccentric Evesham Hotel. When they sold the place, they had a book which they knew I adored: it was a book of events, listed by date. Very kindly, they gave it to me.

There are some days which seem to have had little of interest happening. April 26th, however: that was a different one.

The first thing to catch my eye was, that it was the anniversary of that hideous day in 1937 when the Basque town of Guernica was attacked by the Luftwaffe. The town was crowded, because it was a market day, and the people from all around had come to buy food and goods. Aircraft loaded with not only explosives but incendiaries as well, bombed and strafed the people as they tried to run to safety. A hideous act…

More information for you…

Having an imagination that far exceeds most people’s comprehension, grasp and expectations, along with the ability to be overly critical of your own work is the answer.

Some, if not all of what I’m about to say, will infuriate many of the egomaniacs in this business. For that I make no apology…

To call yourself a writer after publishing one story, does not mean that you are one by any stretch of the imagination, no matter what you may have been told, or been led to believe. Unfortunately since it has become possible for anyone to publish a book, the market has become saturated with one time only efforts that would not make it past even the laziest literary agent, let alone the various editors in a publishing house.

Please note – regarding the latter I’m not talking about someone who advertises themselves as a professional editor, which by…

another one of mine from yesteryear…

“Professional reviewers read so many bad books in the course of duty that they get an unhealthy craving for arresting phrases.”

I was listening to an old radio interview with the English writer Evelyn Waugh a couple of nights back on BBC Radio 4 extra, first recorded in the nineteen fifties. He is probably best known for the iconic television series Brideshead Revisited. Towards the end of the interview he was asked if writing got any easier as he grew older. I thoroughly agreed with him when he said, “No. The older I get, the harder it is to write.”

While I’m no Eveylyn Waugh by any stretch of the imagination, the older I get the more I go through the same thing he did. Does it mean I’ve come to a grinding halt? No. Perhaps I…

Dyslexia from Hugh’s point of view..

My brush with a small press publisher – Never Again!!!

…or how I was ripped off by a small press publisher!

Back in 2003 while I was briefly back in New Zealand, I stayed with my best friend Graeme Norgren and his family. Each day while they were both at work, I decided to write a sequel to the first book I ever wrote back in 1995 – Turning Point. And so the two-part space opera Onet’s Tale was born. Here are some of it’s reviews:

5.0 out of 5 stars Onet’s a Great Storyteller

Imagine slaving in a mine on a distant planet, where each swing of your pick throws poisonous dust into the air that will kill you in a few months time from breathing it. This is where “Onet’s Tale” opens, but it doesn’t stay there long. This epic sci-fi tale from Jack Eason includes…

More from shameless Tallis. God only knows what Jim thinks of the goings on…

I cannot be sure now when I first met Wilam Charmwater. He’s just one of the people I got to know over the years. I probably met him at some event I was to host. But he’s a pleasant enough chap. People would say ‘there’s to him,’ and he was generally liked. I know people asked why we got on so well and Wilam would say, “Tallis never asks me for a loan, and I never turn him down.”

I suppose I ought to mention at this point that he was a Usurer. Obviously a pretty good one, because his lady wife was always well dressed. She also used to entertain, and their house was beautifully done out.

Wilam’s success seems to have stemmed from the fact that he worked for a week in Port Naain and the next week he worked out of an office in Fluance. This is…

From today Monday 22nd April until next Friday 26th you can get your very own free copy of the shortest, some might say most concise, book I have ever written. At fractionally over seven thousand words, it concerns the last days of England under Anglo-Saxon rule. Below is a typical example of how it was received when I published it back in 2017:

Format: Paperback Verified Purchase
As a Fleming, I knew that my knowledge of Britain’s entry into the Middle Ages was sketchy before I started reading Jack Eason’s Autumn 1066, but, after having read his novella, I must admit that it was also based on clichés and vague concepts. Autumn 1066 remedied this thoroughly. Eason has the gift of condensing and presenting historical facts in such a way that, although manifold and thoroughly researched, they hinder in no way the suspense of his war-story. Eason paints a clear portrait of the growing tensions between various factions competing for the throne, and the leaders of various armies, but also of the common soldiers, ordinary men who were forced to fight the wars of the nobility. For his vivid, and shocking, description of the battlefields, Eason focuses on two such ordinary warriors, Aldred and Cynric. When he describes the man-to-man fights and the deadly swarms of arrows, the reader can actually feel the fear and the agony of the warriors. In spite of the extensive historical background, Eason’s cast of characters, high and low, doesn’t degrade into stereotypes. They remain people like you and me, tackling life as best as they can when they are poor, and victims of greed and the overwhelming desire for power when they are rich. Writing historical fiction is all about keeping equilibrium between a passionate story and historical facts. Jack Eason has done that remarkably well.
~~~
Which reminds me; it’s the time of year I devote to rereading The Hobbit, The Fellowship of the Ring, The Two Towers and The Return of the King. Not forgetting The Silmarillion. Each one a masterpiece of storytelling by one of my literary heroes…

When I read this quote I ‘clicked’ immediately with these words; even more since I keep saying that I enjoy painting pictures with words. In my writing exactly that’s what I try to do, even though I’m not always sure it works the way I had planned it.

My back was turned to the door. While I waited for his return, I watched the sparrows playing on the fountain rim while taking quick showers in the droplets which sparkled in the bright afternoon sun.

seems to be better than:

I stared outside waiting for his return. The afternoon sun made the water in the fountain basin sparkle.

I would like the reader to see the sparrows hopping around, rant and rave at each other and still spread the feeling of happiness and joy.