Not one of my best. Hope you like it… 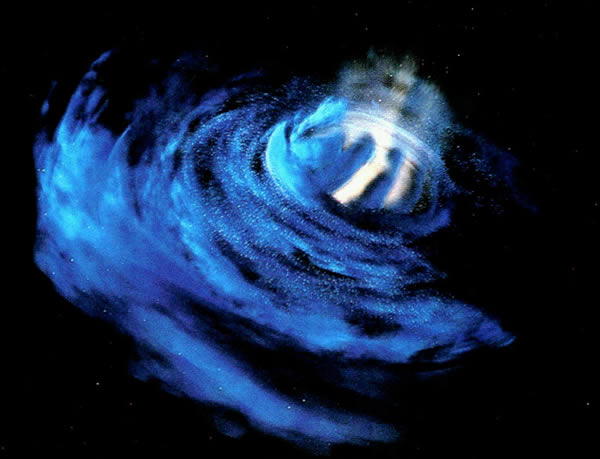 “Is the Einstein Rosen Bridge prepared?” Commander Dalton asked as he perused the myriad of dials and computer screens within the control room aboard the orbiting International Space Station high above the Earth.
“Affirmative,” Captain Jake Sollenson replied almost absentmindedly while making minute adjustments from his pilot’s position aboard the exploratory craft. The tiny ship was dwarfed by the sheer size of the massively large wormhole entrance it floated in front of in preparation for the very first jump through time and space by representatives of humanity.
If the whole magnificent structure could have been physically weighed, it would in effect be the equivalent of 100 million solar masses.
“Casimir energy levels appear nominal Jake, er sorry, I mean captain. The wormhole is about as stable as its ever going to be.”
Lieutenant Becky Rawlins, the tiny ship’s other crewmember and the ISS’s chief scientific technician, briefly forgot the proper…

One thought on “Between Realities”