Yesterday I watched one of my favorite World War II films – Above Us the Waves, starring John Mills. It purports to tell the story of how three Xclass 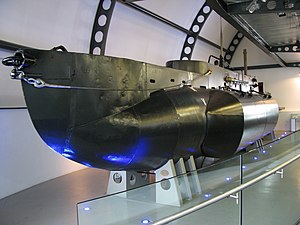 submarines sank the battleship, each carrying four tons of Amatex housed in two side cargo pods. Even though RN Xclass submarines did attempt to sink her, it was the Lancaster bombers of the Royal Airforce’s Dam Buster squadron that finally put paid to Tirpitz using 12,000lb Tallboy earthquake bombs designed by Barnes Wallis.

Every now and then a film stands out from the crowd. One in particular is the 2001 production of Enemy at the Gates, directed by Jean-Jacques Annaud (Quest for Fire (1981), The name of the Rose (1986), The Lover (1991) and Seven Years in Tibet (1997). It concerns Vasily Grigoryevich Zaitsev the top Russian sniper serving during the bloody battle for Stalingrad, and his protracted duel with the german master sniper Major Erwin König, who was sent by Hitler with express orders to kill him.

Since there is no extant record of König it is highly possible that the Wermacht was ordered to destroy all records concerning him after learning of his death at the hands of Zaytsev.

The defeat of the German forces by the Red Army in the Battle of Stalingrad was a major blow to German morale and according to many historians, was the beginning of the end of the Third Reich. This appears to be one possible motive for destroying König’s record, as his death at the hands of what Hitler referred to as a “sub-human” would add to the German defeat at Stalingrad.

The following extract is taken from the Wikipedia article about the film. You will note there is one glaring error which I have corrected.

Nikita Khrushchev (Bob Hoskins) arrives in Stalingrad to coordinate the city’s defences and demands ideas to improve morale. Political officer Danilov (Joseph Fiennes), now a senior lieutenant in the propoganda section of the Red Army, suggests that the people need figures to idolise and give them hope, and publishes tales of Vasily’s exploits in the army’s newspaper that paint him as a national hero and propaganda icon. Vasily is transferred to the sniper division, and he and Danilov become friends. They also both become romantically interested in Tania Chernova (Rachel Weisz), a citizen of Stalingrad.

(Partially incorrect! In fact Chernova was a Russian-American who went to Belarus to get her grandparents out of Russia. When she reached Belarus, the Germans had already killed them).

Later on she did become a private in the Stalingrad militia. In the film Danilov has her transferred to an intelligence unit away from the battlefield.

With the Soviet snipers taking an increasing toll on the German forces, Major Erwin König (Ed Harris) is deployed to Stalingrad to take out Vasily and thus crush Soviet morale. A renowned marksman and head of the German Army sniper school at Zossen, he lures Vasily into a trap and kills two of his fellow snipers, but Vasily manages to escape. When the Red Army command learns of König’s mission, they dispatch König’s former student Koulikov (Ron Perlman) to help Vasily kill him. König however, outmaneuvers Koulikov and kills him with a very skillful shot, shaking Vasily’s spirits considerably. Khrushchev pressures Danilov to bring the sniper standoff to a conclusion.

If you do not like war films, I urge you to think again. Enemy at the Gates is more than the usual run of the mill (yawn worthy) product designed to glorify war.

Instead it explores the human side of a particularly savage conflict. The fact that it is about a young russian hero is the real reason why this movie was not made by Hollywood. For it to be otherwise would prove that not every American believes that Russia and its citizens are the much maligned enemies that their paranoid politicians would have their allies and the rest of world believe…

I bought and downloaded this film onto my PS3 on Friday, and watched it yesterday morning. Loved it! Here’s what I more or less said in my review, posted on Amazon.

When it comes to many of the movies churned out these days by Hollywood, I refrain from watching them. Hollywood would never have done justice to the Norse myth of Ragnarok. Thank god for the Norwegian film industry. Ragnarok deals with an encounter between some modern day archaeologists and the mythical serpent of Midgard. I can fully understand that it would not necessarily appeal to the average American movie goer, as evidenced by the one and two star reviews. Why? Because it is in Norwegian with English subtitles. However, to the rest of the world it will. I gave it five stars. I would have given it many more except for the fact that Amazon only allows a maximum of five. If you are a lover of Norse myth, you will appreciate this film. I did.

***
There are a few further points I deliberately left out of my review regarding why it won’t appeal to a lot of Americans. Firstly, the Hollywood studios never got their grubby hands on it. Secondly, had they done so, it would have been just another overdone flic made for mindless couch-potatoes. Thirdly, because it wasn’t made in the US, no American actors were used, always a plus for me in any film not set in America, particularly since the current crop employed by Hollywood, while undoubtedly pleasing to the eye, are largely talentless.
😉