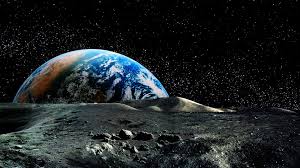 Damn right! But not according to the movie and television industries.

With two exceptions – 2001 and 2010 A Space Odyssey – every other science fiction film or television series that has come out of America simply defies credulity. The fact that the films in question didn’t become just another pair of highly fanciful and therefore totally nonsensicle entertainments, is all down to Stanley Kubrick’s deep respect for Arthur C. Clark. After all, Arthur wrote the book on which the films are based, as well as co-writing the scripts with Stanley.

Like Arthur, I am a traditionalist. By that I mean that as a science fiction writer, every story I write has to be based in reality. Blame my father for introducing me to him and two other top science fiction writers of the twentieth century, Isaac Asimov and John Wyndham, at a young age. All three authors took great pains to make sure that their stories were believable, based on their scientific backgrounds.

While I’m no scientist, I did work in the School of Science at the University of Waikato in New Zealand for a quarter of a century, rubbing shoulders with chemists, physicists, biologists, earth scientists and many fine artisans like tool and die makers, glassblowers, photographers, cartographers etc, etc. So in my own small way, I try to adopt the same approach to writing science fiction that Arthur, Isaac and John took. It’s called research, and getting your facts straight if you were wondering… 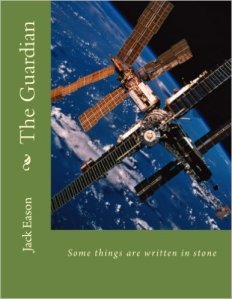 Click on the cover to go to The Guardian on Amazon.com

Take the above scifi novella as an example of what I’m talking about. There are no weird and wonderful creatures to be found anywhere in its pages. Only believable characters. As for how they get to and from the Earth, there are no starships as in Star Trek. Only totally feasable computer controlled solar wind powered cargo transporters. The same can be said for the weapons they use. Each one actually exists in the US military today, even though at the time of writing The Guardian they were still in development. Even the two alien females and the guardian itself are totally believable. If you want to get a sense of what I’m on about, maybe you should get your own copy and read it for yourselves.

I seriously doubt The Guardian will ever make it to the plasma or silver screen. Why? just take a look at what is considered to be watchable science fiction these days. It seems to me that every so-called scifi film, and television series made on either side of the pond, is aimed at a collective audience with the combined mental age of a bunch of retarded slugs!!!

I wrote another totally believable Science Fiction tale a couple of years ago. Click on the cover below to go to it on Amazon.com.