“Professional reviewers read so many bad books in the course of duty that they get an unhealthy craving for arresting phrases.”

I was listening to an old radio interview with the English writer Evelyn Waugh a couple of nights back on BBC Radio 4 extra, first recorded in the nineteen fifties. He is probably best known for the iconic television series Brideshead Revisited. Towards the end of the interview he was asked if writing got any easier as he grew older. I thoroughly agreed with him when he said, “No. The older I get, the harder it is to write.”

While I’m no Eveylyn Waugh by any stretch of the imagination, the older I get the more I go through the same thing he did. My latest science fiction work in progress – The Guardian is a case in point.

Does it mean I’ve come to a grinding halt? No. Perhaps I have run out of ideas? No. Maybe I’m bored with it? No. Could it be that I’m suffering from procrastination? No.

What it does mean however is that with eight books of mine out there in reader-land for you to be getting on with, I am in no hurry to finish the ninth. Like all other serious writers, I strive to improve with each new book. Plus, writing for 8-12 hours per day, seven days a week is not the way to go about it, unless you want to suffer total burn out. Writers don’t just write. We have a life.

Daily word counts no longer matter to me the way they did twenty years ago. What does is the way I construct the words and their relevance to the story as a whole. Plus, unless I’m in the mood to write, it simply doesn’t happen.

With each chapter, each paragraph, each sentence I write, they no longer flow freely. Instead I spend a lot of time thinking about what I want to say. More importantly, how I want to go about it. The fact that I haven’t written another word in my WIP for over two weeks is neither here nor there. When the mood takes me, I’ll get back to it. But not before.

With science fiction being my first love, I found and posted a quote from Ray Bradbury on my Face Book page the day before yesterday. Here it is:

My sentiments exactly Ray. I couldn’t have said it better myself…

PS – I see WordPress has decided that not only is the old Stats page no longer automatically available, but also the old familiar, tried and tested Add Blog Posts page as well! At the time of writing this post WordPress switched it back and forth between both versions. Most annoying! I don’t know about you, but I hate change for change sake. I really wish they would stop imposing upon us what they want us to use, especially when the originals worked, and worked well I might add. My biggest gripe with the new blog post composition page is that WordPress has shrunk the damned workspace! 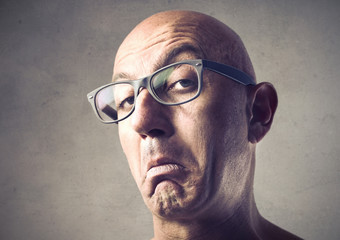 God save us from all pedants and others of their ilk!

If you are the kind of reader who desperately needs to have every nuance, action and reaction explained to you through endless nauseating dialogue like a small child, then clearly my style of writing is not for you. I write in such a way as to make you ask yourself questions throughout the story.

When Onet’s Tale (the only one of my books not to be self-published) appeared in the market, my pedantic editor at the time insisted that it must have a Dramatis Personae at the front of the book before the first page of text despite my strong objections. He claimed that without it the reader would be confused. For those among you who have no idea what that is, it’s a list of characters, their names, their origins etc.

Apparently that was not the case. From the feedback I’ve received from many of the almost two hundred people who bought and read it, with one or two exceptions (aren’t there always at least a couple, eager to pounce) you weren’t the least bit interested in the list at the beginning of the novel. Like most normal intelligent readers, as and when I introduced you to each character you simply accepted who they were and merely got on with reading the story.

Personally I prefer to write thought provoking stories, designed not only to entertain but to make the reader use the brain they were given. My style comes from a lifetime of reading the same kind of books by writers such as Arthur C. Clark and Isaac Asimov. If you merely want to coast for a couple of hours in the evening with a book in your hands pretending to read simply to impress, there are literally millions of trashy novels out there.

The first science fiction novel I ever wrote was Turning Point. It was written in the same way as its severely hampered sequel Onet’s Tale. When I broke with the publisher and went solo, I sent Turning Point off to a few fellow writers to read through. Needless to say, thanks to the pedants, I had various points within the story thrown back at me, to which I simply replied – “wait until you have read it through to the end before you make your observations. My stories should never be scanned (speed read). They need to be read thoroughly several times, not just once then discarded.”

Neither of the two books in question can be described as mere mindless entertainment; nor are they sex laden pot boilers like a certain terrible book of recent times – Fifty Shades of Grey. If you want endless dialogue, gratuitous sex and violence between characters then I’m sorry but when it comes to science fiction, I don’t write that way. Come to that none of my recent works are crammed full of any of the above either.

For those among you who absolutely insist on the show don’t tell rule in any book you read, you will be disappointed by my work. It is not a hard and fast rule even though many writers and editors insist it must be adhered to today. Just perusing the books in my own library, most of the more well-known titles I own, written by prominent writers like Asimov and Clark, completely disregard the rule in fact.

Lastly – I write using the original version of the English language. I do not write in American, Australian, New Zealand, South African or any other version of English. Why do I mention this fact? Simply because of one totally misguided review for Turning Point from an American pedant, who accused me of endless spelling errors throughout the story. I would argue that his particular version of my native language is chock full of spelling errors like mom and gotten to name but two in common use when viewed by anyone outside the continental USA, especially here in the UK, the home of the language.

Simply put, my sale’s figures in the thousands bear me out. It’s not often a writer can say I am right and the pedants are wrong…