Something from our man in Greece…

After 26 years of planning and six years of construction, the Basil and Elise Goulandris Foundation has opened its new space in a totally renovated neoclassical building in the Pangrati neighborhood of Athens. The museum showcases the stunning private collection of the late Basil Goulandris and his wife Elise, and boasts around 180 paintings, sculptures, and artifacts.

A shipping magnate whose shrewd eye and passion for art was equaled by his wife’s, Basil Goulandris collected unique pieces over the years, starting with a wonderful El Greco, The Veil of…

Here is a snippet of my latest Work In Progress.

For years he had been troubled by the simplistic conclusions of academia concerning our past on this planet. Not one academic had provided an answer that didn’t adhere to accepted conventional thinking. It was long past time that someone put them straight!

On reaching his seventieth birthday, a fundamental change occurred in him. James began to experience what in the beginning were strange dreams. For instance, in his dreams he no longer slept in a bed. Instead his body floated in the air a few feet above ground, surrounded by a protective sphere. Nothing and no one could harm him while he remained inside. As for feeding himself, in his dreams he grazed all day long. No longer needing to eat a sleep inducing heavy three course meal, or breakfast and lunch.

In every respect he was an ordinary man who had led a quiet life. He never married. Yes he had girlfriends in his early years. But none of them could be considered by him as his intellectual equal. So one by one they simply faded from his life. To his mind so-called domestic bliss was not for him. So long as he had his wooden chessboard with his replica Isle of Lewis Viking chess pieces, his radio and his books on ancient civilizations at hand, along with his books that questioned anything and everything concerning what to him are the ridiculous notions of academia about those self-same civilisations. In particular the simplistic attitude of archaeologists labelling any ancient monument they came across as either ritualistic or religious!

Now that he was retired, he began to formulate a plan to visit as many archaeological sites both in the Near East, as well as Central and South America along with the Far East as he could. Although how he was going to achieve this eluded him for the moment. His bank account might stretch to one visit to somewhere like the cave paintings of Lascaux in France, at most for a day or two. But that was it! Although how he would walk around the cave given the fact that his legs tired so easily, was something else entirely!

Then one night his dreams became reality…

Strangely the sun was shining when James opened his eyes. He was no longer in his bedroom. Instead he realized he was in a particular ancient monument he had once visited several years earlier– Triq Hagar Qim located on a ridge above the southern coast of the island of Malta. Thinking he was still dreaming he closed his eyes, then reopened them. He wasn’t dreaming after all! Standing up he looked around him. Within the sphere were his books, chess set, and radio, all seemingly suspended in mid-air. A steaming mug of coffee was in his left hand in answer to his unspoken thought. As he looked around him his mind began to wonder what the monument looked like in its heyday, several thousand years earlier. He soon found out as it slowly but surely restored itself to its former appearance. How was all of this possible?

A figure materialised beside him and invited him to sit. “I am Kabir. Don’t be afraid. I mean you no harm. I am tasked with being your Magister.”

“Your teacher. Now James let me begin to enlighten you…”  His intensive re-education lasted for a calendar month before Kabir was satisfied with the outcome.

Magisters are extremely rare. They appear when their former selves reach seventy. For countless millennia they have been observing and trying to avoid direct physical contact with mankind since the first magister was beaten to death. For thousands of years they have been feared by the vast majority of the populace. Often unjustly accused of being witches or wizards; so long as they remain inside their spheres they’re safe from the inevitable mob baying for their blood.

“Now I want you to come to our sanctuary far from any populated areas,” Kabir announced.

“Where is it?” James wondered. “More importantly why do you need me?”

“Has nothing of what I’ve told you over the last month sunk in yet? James you are a Magister like myself. Each of us has an inbuilt ability. Mine is to teach, yours is to rejuvenate ancient structures to their former glory. As for where our sanctuary is, you already know. Or should I say your subconscious does. So when you turn in to sleep tonight think Sanctuary. It’s time you met our brothers and sisters.”

Thats your lot for now. What you’ve just read bears a slight resemblance to the way it reads now. But it does give you a flavour of the early part of the story!

I’ll keep you up to date from time to time via my Facebook and Twitter pages. 2000 words down.

Something from our Nicholas… 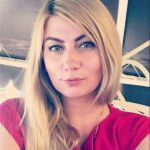 This is a guest post by Linda Cartwright. You may remember her from her recent post, Self-Publishing Basics. Linda is an author and a freelance writer with a background in education. She lives in Seattle, teaches creative writing classes online and supports e-learning initiatives. Her darkest secret is that writing is only her second favorite thing to do… after reading. You can follow Linda on Twitter.

Why Your Book Isn’t Selling 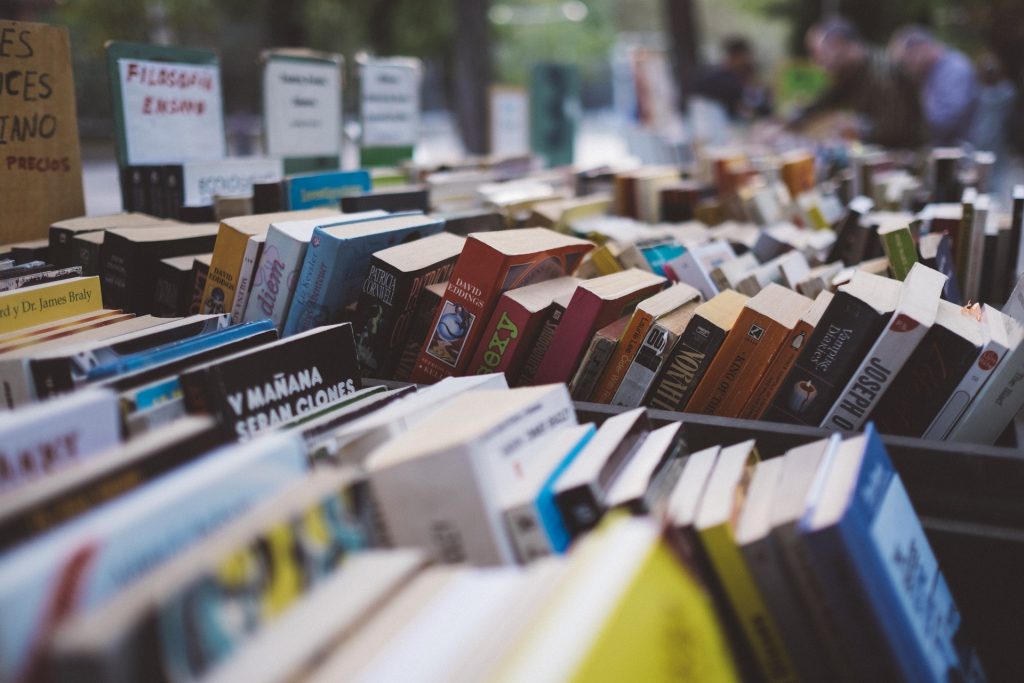 You were excited with the idea, you wrote with passion, you edited meticulously, you worked and worked, you published… and nothing. Your book isn’t selling.

If anything can dampen creative spirit – that’s the thing. We all depend on feedback and appreciation just to keep going. This situation is even more frustrating for self-publishing authors who invest their time and money into the endeavor…

A few years ago after returning to the UK from a blissful life in the sunshine of New Zealand, beside my two bags, passport and a banker’s draft for my entire worldly wealth, I also brought something else with me as a reminder of my time beneath the southern skies – skin cancer.
About seven years ago, I underwent surgery to remove a couple of particularly nasty ones on each side of my forehead. The rest were treated by being frozen – with one exception, the one on the lower right hand side of my back. This one was treated with some kind of heat source and a medicinal paste. With the exception of the scalpel, none of the treatments actually worked permanently, by the way.
The surgeon, who quite frankly scared me with the heavy handed approach she took, cut out the two on my forehead. In the process…

A little something from Stuart…

Here is the very latest review for my best seller from back in 2012.

Format: Kindle Edition Verified Purchase
Race against Time is a very credible tale; partly built on the fact that the Mayan calendar stopped in 2012. Why? Nobody knows but Jack gives us a possible explanation. Combining historical facts with the fruits of his vivid imagination, we take a journey around the world, exposing all sorts of conspiracies and nefarious goings-on.
As usual, there’s a fascinating cast, a hero in the Indiana Jones mould, villains at every turn, unexpected allies, love interest, Femme’s Fatale, edge-of-the-seat adventures, even a cat joins in the fun.
The research is faultless, the scenes of the action in various locations around the world are expertly bought to life.
The conclusion will leave you wanting more, fortunately, there is a sequel, called The Forgotten Age It’s going on my list, I need to know what will happen next.
In short, if you want a fast-paced, easy to read adventure, that combines what you know with what might be, this is the book for you.
~~~
Thanks Richard 😉

Christmas is coming on fast. Too fast.
That got me thinking about Christmas presents of my youth, and the fond memories I still have of them.

I was luckier than most. As an only child I got more than my fair share, and on birthdays too.

Sometimes, I even got a present ‘just because’.
I might have won a prize at school, helped out at home, or recovered from an illness.

Thanks once again to the Internet, I can find images of the identical toys that I received.

Fuzzy Felt was a wonderful toy, if you had the imagination to make the best of it. Pre-cut felt shapes could be stuck to the base, creating anything from a flower, to a wild animal.

My Dad made me a wooden castle when I was very young. When it got broken, I got a new plastic one for Christmas.
The great thing…

A few thoughts on writing…

In a post I became aware of on someone’s blog via a link today thanks to a blogger friend, its author was talking about whether or not it might be a good idea to employ story-boarding when it comes to writing fiction. To the uninitiated, it may sound like a sensible suggestion. But, while new writers might wish to employ the technique, writers like myself largely refrain from doing so for the simplest of reasons.

Most full time writers (I include myself in this group) will tell you that writing a story is a dynamic process where ideas constantly change direction during the story’s evolution. By relying rigidly on a mapped out storyline, it is far too easy to literally ‘paint yourself into a corner’. I’m a firm believer in ‘flexibility’ being the key to good writing.

Hi dear people, at first I’m lucky that I can write my third part of my journey to Prague because my computer or better to say the interaction to the web was horribly slow! But anyhow with some tricks, I’ve got through (don’t yammer again! 😉

I began with Franz Kafka because it’s about our visit in Kafka’s museum and I have chosen one of his quote in German language (the translation has been subtitled 🙂 because, he wrote his scriptures all in German and it seems that some of them had been translated in Czech by Dora Dymant but they haven’t succeeded in the Czech Republic those days.

Of course, you’re laughing! But believe me, it was the entry behind these two funny statues standing there and … 😂 We sat on the hard wooden bench on the deck at the front of the house looking out towards the Raglan harbour entrance.
“So why have you come down here to live Bill?” I asked.
“It’s as good a place as any,” he replied, rolling a smoke. He put down the pouch of tobacco and reached for his lighter.
“Why do you want to know that?” he asked, lighting the hand-rolled cigarette.
“No reason in particular, I just wondered why someone your age was still footloose and fancy free, so to speak?” Bill inhaled and stared out towards the harbour mouth. Small barely perceptible clouds of smoke were released through his tobacco-stained moustache that drifted in a hazy grey-blue cloud around his head.
“I guess the only reason I came down here was to find peace and quiet,” he said, finally…